If you’re looking to learn some Spanish it’s important to add the numbers to your vocabulary. Numbers in Spanish are quite easy to learn, understand and use. No matter if you’re learning Spanish to study in a Spanish-speaking country, travel, or just because you want to know another language, numbers are indeed essential.

In this brief article, you’ll learn everything you need about numbers in Spanish. You’ll see some examples and everyday phrases to help you use them right away.

Learning how to count from 1 to 10 is the first step.

Spanish numbers are quite different from their English counterpart. But, they are very easy to understand and add to your vocabulary.

When building sentences, the way the actual number is written might change. Let’s take for example the Spanish “1”. When you’re talking about the actual number you would say “uno”. For example, saying “Soy el 1” is correct. But, native speakers probably would say “soy el primero” instead.

When combining the Spanish number 1 with nouns, it would change depending on the gender. Let’s have a look at the examples below.

See? In the first two sentences, we are using masculine nouns and, in that case, we say “un”. When you have a feminine noun like “casa” you should use “una” instead. (By the way, struggling with word gender in Spanish? Read this article with my best tips for learning Spanish.

One good way to learn this is by memorizing entire word combinations where the numbers are used correctly. At Effortless Conversations, we call them chunks and consider them the key to fluency in Spanish (not just when it comes to numbers; also in full-on conversations with native speakers). If you want to learn more about learning Spanish through chunks requesting your Spanish Chunking Starter Pack is one of the best things you can do.

By the way, if you want to see all the numbers pronounced, check out this video from teacher María Fernanda from Spring Spanish (a Spanish YouTube channel I co-founded):

Numbers in Spanish 10-19 are quite easy. All you need to know is how to build the right word using the “dieci”. Let’s have a look at them to help you get a better idea:

As you may see, the numbers from 11 to 15 have the same ending or suffix which is -ce. Most Spanish students say that Spanish 11 is familiar with the English word “once” but the pronunciation is quite different. So be careful with that. More pronunciation tips in my article on Spanish for Beginners.

With numbers like 12 and 13, it’s basically saying 2 or 3 in Spanish but changing the last S with the -ce ending.

Understanding the Numbers in Spanish 16-19 is just a matter of pattern recognition, just like with their English counterparts. With these numbers in Spanish, you can follow the formula below.

Dieci would mean “10” and the following number would add the rest of the meaning. For example, Dieciocho is written as a single word number, but if we try to divide it, it would be “Dieci + Ocho”. In other words, would be “10 + 8”. If you’re a teenager, these will be your favorites since they’ll help you tell how old are you. Let’s say you’re 19 years old. If you want to say how old are you, in Spanish would be:

The numbers from 20 to 29 are just as simple as the “diecis”. The Spanish “veintis” also follow a formula or pattern. Let’s see them below.

If you paid attention it will not be a surprise that the formula to build these single-word numbers is:

The word “veinti” comes from the Spanish number “Veinte”. The only thing you need to do with the rest of the 20s is to remove the last -e of 20 and put an -i. Then, add the right number from 1-9. Let’s see some examples below.

Please note that the Spanish “Veintis” may help you not only to say how old are you but to tell time, for example. It’s pretty common to hear these Spanish numbers together with the word “Minutos”.

As you may see, learning the numbers in Spanish isn’t a hill hard to climb. From now on, they all follow a “pattern” which will help you learn them with ease. Let’s see and take for example the Spanish 30s.

As you may see, they are no longer single-word numbers and you have to write them separately. It’s like saying “thirty and one” in English. Now, let’s see the rest of the numbers in Spanish from 40 to 99.

When combining any of these numbers with noun, they will all remain unchanged except from the ones with “1”. For example, 41, 51, 61 and others. The word “uno” will change to “un”. So, if you want to say 81 it would be “ochenta y un” instead. Let’s see some examples to give you a better picture of this.

Finally, let’s meet the Spanish “Hundreds”. Native speakers actually call them “cientos” and using as well as learning them is just as simple as the previous ones. Los “cientos” also follow a patter easy to understand. Let’s see them below

As you may see, most of them have the ending -cientos. Although 100 does not have “cientos” and it’s just “cien” when combined with other numbers it changes. Let’s have a look at the examples below.

In this case we have the structure ciento + number. It’s similar to building 60s, 70s, or 80s. However we don’t use the Spanish connector “y”. Let’s see a few more examples.

Please note that when using a feminine noun, the ending -cientos would change to -cientas like in the second sentence above.

Useful Phrases with Numbers in Spanish

Learning Spanish becomes much easier if you focus on internalizing Spanish phrases (or chunks, as we call them at Effortless Conversations). In fact, I believe focusing 90% of your studies on learning chunks is the best way to learn Spanish.

When it comes to Spanish numbers, the most useful phrases are the ones concerning date and times. Let’s see some useful structures and examples you can use to express dates or times.

If you want to say when is your birthday, you could say:

When telling the time to someone, there’s no easier way to do it than using the structure: Son las + time. For example, “Son las tres de la tarde.” (It’s 3 pm.)

If you travel and need to check into your hotel, telling the receptionist when is your reservation may come in handy. In that case, you can use the structure:

When traveling or during your daily life, you will probable deal with medical things. If you need to visit the doctor and you have an appointment, you could use the structure: Tengo una cita con el doctor el + day + time.

For example, “Tengo una cita con el doctor el cuatro de febrero a las dos y quince de la tarde.” (I have an appointment with the doctor on the fourth of February at 2.15 pm.)

What about ordinal numbers?

Ordinal numbers in Spanish are a whole different story. The quickest way to master them is this video from Spring Spanish teacher María Fernanda:

Generally speaking, most of Numbers in Spanish follow a pattern that’s easy to understand. Mastering how to use Spanish numbers will help you in several situations as you have seen. So, no matter if you want to express how old are you, date, time, or just tell how much something cost, with these numbers in your vocabulary you’ll face no challenges.

Keep in mind that some of them may change depending on the following word gender. If you want to learn other useful phrases and expression with numbers, just request your free Spanish Chunking Starter Pack at Effortless Conversations. It offers great resources like walkthrough videos to help you speak like a native.

Spanish native speakers constantly use direct and indirect object pronouns. However, if you’d ask them to explain what they are (or worse – how they…

In Spanish, just like in English, there is more than just one “past tense”. Two of the most important ones for a Spanish student are… 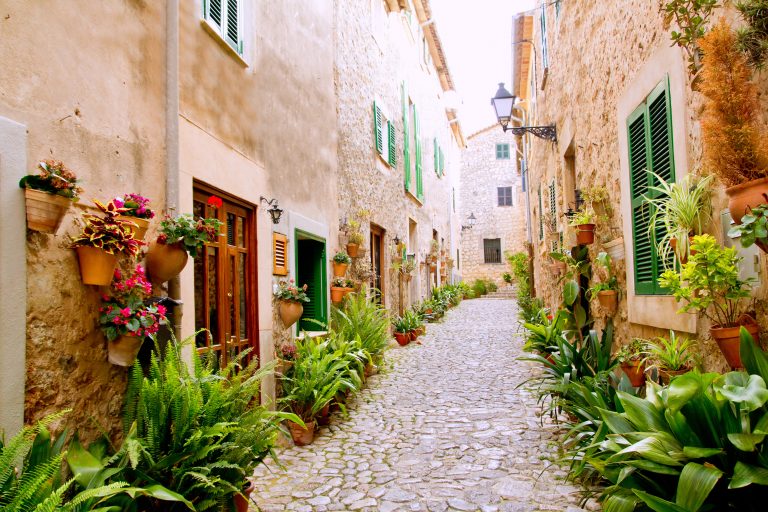 Reflexive verbs are way more common in Spanish than in English. They’re used when you do something yourself, to yourself, when some sort of change…

Spanish native speakers don’t have to think about when to use por vs para. For us language learners, it’s a different story. In this article,…